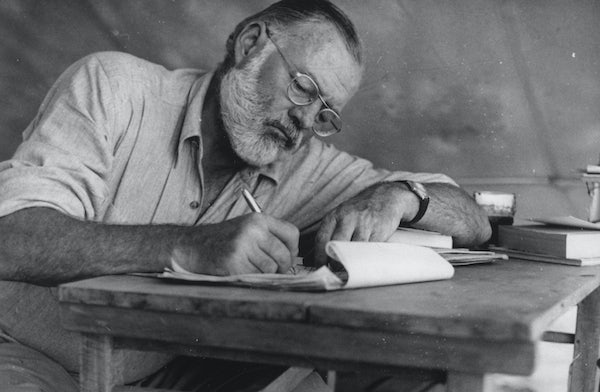 English teachers ban words like “said” and “good” in a quest to make writing more god-awful.

The problem with writing today, according to middle- and high-school English teachers interviewed in the Wall Street Journal, is that it’s boring. Too many words just doing their jobs, simply allowing people to understand what they mean.

How to make writing more excitable, fired-up, overworked, agitated, all-shook-up, and completely overwrought? By creating a list of 397 alternatives to “said,” or staging a mock funeral of words such as “good,” “bad,” or “fun,” or even by rewriting the work of authors who use one too many dead words.

One recent afternoon after school, Josie and Josh agreed to take a stab at editing famous authors, starting with the closing words of James Joyce’s Ulysses: “….yes I said yes I will Yes.”

Head down, her pigtails brushing the paper, Josie examined the phrase and then suggested a small amendment: “…yes I hollered yes I will Definitely.”

Josh decided to let “said” stand, given Joyce’s reputation. He did, however, insert the commas neglected by Joyce.

In A Farewell to Arms, Ernest Hemingway refers to cars “going very fast.” Josie revised that to “going at a superior speed.” Josh went with “lightning speeds.”

Josie looked at Josh and nodded. It was a good story. They both agreed it was a story worth reading. Josh looked away from Josie.

“Do you feel better?” he asked.

“I feel fine,” Josie said. “There is nothing wrong with me. I feel fine.”