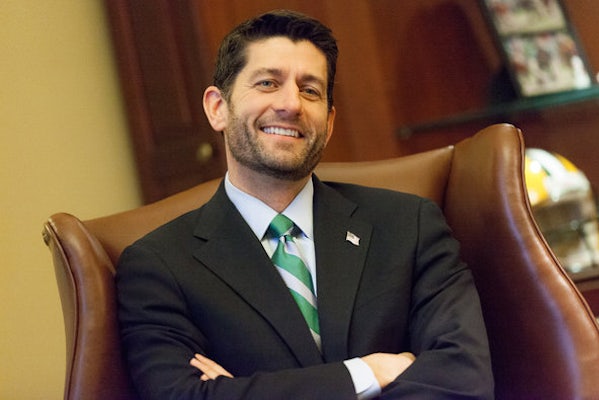 Caleb Smith / Office of the Speaker of the House

Paul Ryan has a beard now.

That’s it. Paul Ryan, previously clean-cut boy-next-door Republican Speaker of the House, is now a slightly scruffier Republican Speaker of the House. No word yet on whether Ryan’s beard is a result of his relentless, sleep-in-the-office work ethic, or if it’s just an effort to reach out to younger voters with a newer, hipper image. If it’s the former, that’s bleak but respectable. If it’s the latter, perhaps Ryan should next consider adding some gingham and a man-bun to really reach the young set where they live.