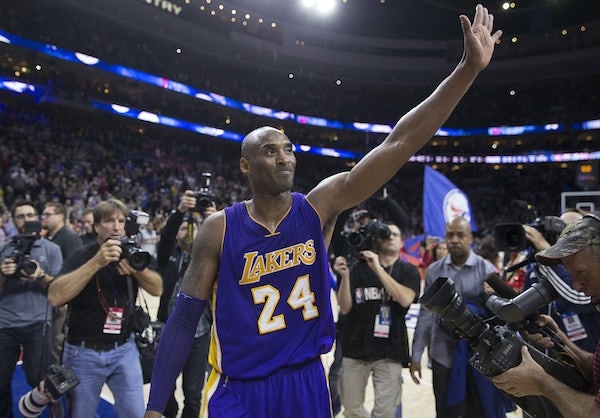 “It’s not the worst poem I’ve ever read.”

That’s poet and professor Nick Twemlow’s verdict on Kobe Bryant’s “Dear Basketball,” the poem he wrote to announce his retirement from the NBA. The poet Jane Yeh was more cynical, telling the New York Times, “One thought I had initially, without even seeing it, is that it’ll be the most widely disseminated poem of the last decade or in recent history. No one reads poetry.” Later, Yeh offers her own assessment: “He uses mind, body, spirit, heart. Those kinds of things are no-nos in poetry because they’re empty words in a sense. They’re literally huge clichés.”

Read one way, Kobe’s verse is staid and unsubtle. Read another (admittedly very generous) way, and he’s a trailblazer, flouting convention to speak his truth.

Bryant has two of America’s most renowned poets in his corner, though. Eileen Myles told Vocativ, “I love it. It’s from the heart. I love that he’s turning to his muse to say goodbye to the love of his life.” While Dorothea Lasky had this to say: “I love that Kobe chose to address Basketball as if it were the eternal beloved, with the kind of devotion one would give only to a god. … It reminds me a lot of an Ars Poetica form, which is a kind of poem that poets often write to poetry itself. This is definitely Kobe’s Ars Basketball.”

Bryant’s lowly Lakers lost last night to the even lowlier Philadelphia 76ers, who won their first game of the season. Kobe was hot, relatively speaking—he made seven of the 26 shots he attempted.