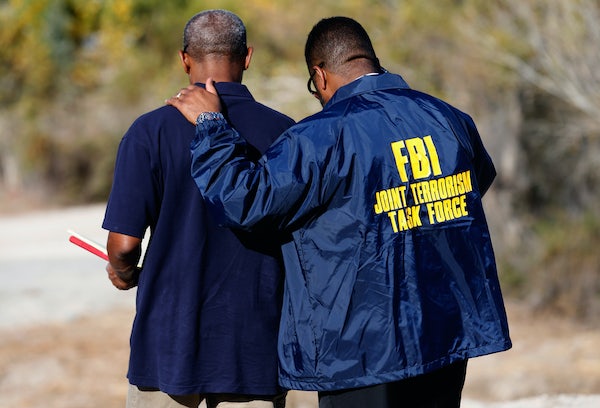 The latest from San Bernardino: Two suspects killed, one detained.

Police chief Jarrod Burguan told reporters that two suspects in an SUV—a male and a female—were killed in a shootout with police. A third individual who was seen running from the scene was detained, though it’s unclear whether the individual was involved in the shooting. Burguan also said that an explosive device of some sort had been found at the shooting site, the Inland Regional Center, and that bomb squads were dealing with it. The shooters had been armed with assault rifles and handguns and had worn “assault-style clothing.” They had opened fire on a conference area where the San Bernardino County Department of Public Health had been holding a party, and early reporting suggested that a workplace dispute may have been a motivation for the shooting.

Authorities say 14 people were killed and 19 injured in the massacre.