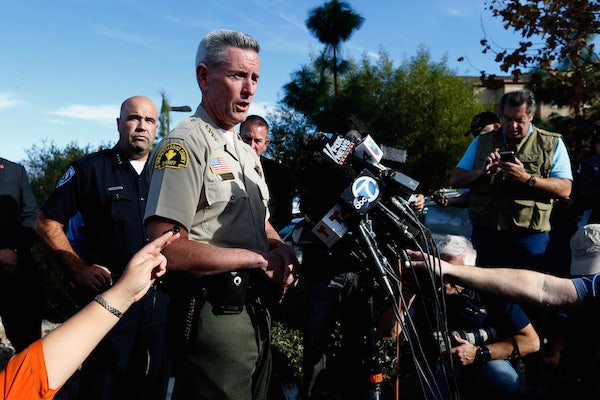 All four guns from the San Bernardino shooting were purchased legally.

That’s according to the city police department, which added that neither Syed Rizwan Farook or Tashfeen Malik, identified by police as the married couple behind the shooting, were the original buyers. But officials at the Bureau of Alcohol, Tobacco, Firearms, and Explosives say they already know the identity of the original owner of at least two of the guns used.

The two suspects, who were killed in a shootout with police on Wednesday evening, were armed with more than 1600 rounds of ammunition for a rifle and 9mm handgun, according to police. Investigators on the scene also discovered three connected pipe bombs that had failed to detonate remotely.

The motive of the two shooters remains a mystery, even as more details about their identities come into focus. Farook was a U.S. citizen and Malik was in the U.S. legally on a KI visa.