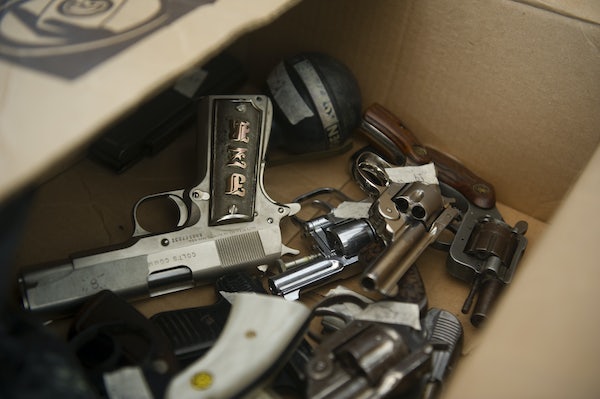 On December 14, 2012, Adam Lanza entered Sandy Hook Elementary School in Newtown, Connecticut, and murdered 20 children between the ages of six and seven. Naive as we were then, we believed the massacre of 20 children, whose Christmas presents were still doubtlessly wrapped under family trees, whose interests likely included coloring and playing outside, whose lives were not even one-tenth over, would spark some change in national gun policy. We were wrong.

But our brief collective hope that something would be done did boost gun sales—and gun producers and retailers took note.

At The Intercept, you can read gun executives remark upon the sales booms that followed Sandy Hook and other mass shootings, which seem to function for them as excellent forms of advertisement. People appear to buy guns when they fear there will be some crackdown on gun purchasing, and perhaps they also run for gun stores when mass shootings make them feel threatened and vulnerable. Perhaps incessant media coverage of mass shootings also just encourages deranged individuals to get in on the fun.

Whatever the causes of such surges after incidents of mass carnage, one thing is clear: who’s getting rich.