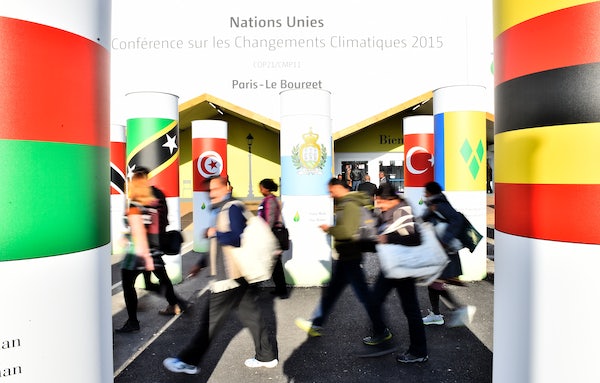 Countries can’t even agree on what the term “human rights” means at COP21.

As negotiators end the first week of the conference, the newest draft text has only been pared down to 46 pages, with a great number of still-bracketed sections. Brackets represent disagreements in wording that need to be settled before the text is complete.

One such conflict revolves around the use of “human rights” in a section that explains climate adaption must consider vulnerable populations. E&E Publishing reports that including human rights in the text was a big win for some, but other countries are staunchly opposed. “One negotiator who was there told E&E that ‘Saudi Arabia is sabotaging the human rights. Their tactic is to talk about people under occupation, with the knowledge that it is not acceptable to other parties,’” because it alludes to the conflict between Israel and Palestinians, a red line for countries like the United States.

According to E&E’s report, the U.S. wants to eliminate the section altogether, a common fate for heavily bracketed portions of the text. Arguments over seemingly small word choices like these are demonstrative of how minute differences can derail discussion.