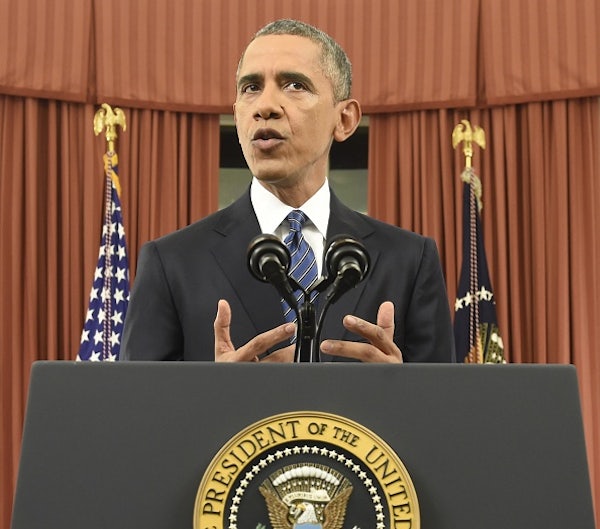 In his prime-time address to the nation, Obama comes out hard against Islamophobia: ISIS “does not speak for Islam.”

In the wake of the San Bernardino attacks, the president used a rare prime-time address from the Oval Office to outline his plan for defeating ISIS and maintaining U.S. security, which includes continuing air strikes against a group that he called a “cult of death.” But the real passion of the president’s speech came toward the end, when he said Americans should not view ramped-up efforts to destroy ISIS as a war between America and Islam.

Obama strongly warned against alienating American Muslims and peaceful Muslim communities around the world due to fear and suspicion, instead arguing that America’s Muslim community is a valuable resource and ally in sussing out ISIS’s international radicalization and recruitment efforts. Muslims, Obama reminded viewers, are neighbors, friends, and “men and women in uniform” protecting American interests abroad.  We are “one nation and one people,” the president said. “So long as we stay true to that tradition, I have no doubt that America will prevail.”

In terms of policy, Obama urged Congress to vote to stop persons on the no-fly list from purchasing guns, and to limit the availability of powerful assault weapons to the general public. He also recommended a review of the visa waiver program that allowed San Bernardino shooter Tashfeen Malik into the United States.