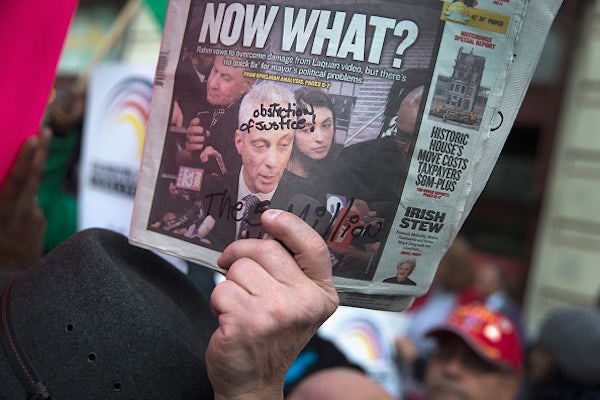 The Justice Department is launching a civil rights probe into the Chicago police department. Finally.

The pretext for the investigation is the far-reaching cover-up of the 2014 killing of black 17-year-old Laquan McDonald at the hands of white detective Jason Van Dyck. But it should hardly have taken the release of video footage of McDonald’s execution to elicit scrutiny of institutionalized abuse in Chicago.

In the past decade, the city has spent more than $500 million on police-related settlements, according to the Better Government Association. A recent Guardian investigation determined that, between August 2004 and June 2015, at least 7,000 people were detained by police without due process at an extrajudicial black site, over 90 percent of whom were black or Hispanic. Of the more than 28,000 citizen complaints filed against police since 2011 and reviewed by The New York Times, just 3 percent resulted in disciplinary measures of any kind.

There’s good reason to be skeptical of what Justice Department intervention will ultimately be able to achieve in a system as deeply corrupted as Chicago’s. Federally imposed police reform has a mixed record nationally. And top officials, including Chicago Mayor Rahm Emanuel, are now backing the probe, in what appears to be another cynical attempt to roll other people under the proverbial bus.

Whatever the outcome, though, someone will be taking a serious, independent look at the city’s police. And that much is long overdue.