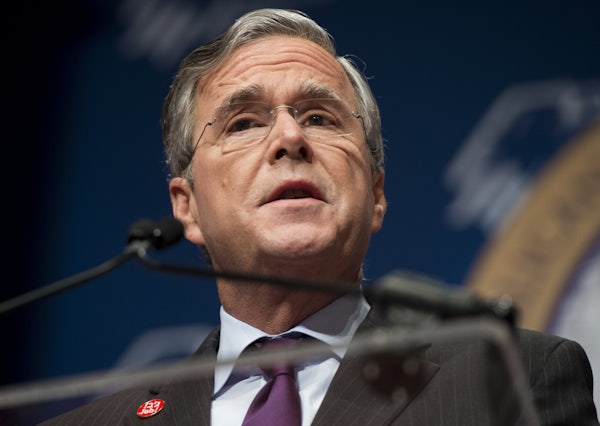 That’s according to a new analysis by the Tax Policy Center, saying Bush’s plan would dramatically lower income taxes and corporate taxes, and eliminate the estate tax entirely, among other changes. Behold the regressivity:

But, hey, Jeb also eliminates the carried-interest loophole—the tax break that hedge fund managers have exploited—so he got a whole round of press describing his plan as “populist” when he first unveiled the details in September.

That’s not all: The TPC has calculated that the plan would cost $6.8 trillion in the first 10 years, then $8.6 trillion more in the second decade. Bush’s campaign has promised to offset the cost with spending reductions, but they would have to be very large reductions to make the math work. And nope, Jeb hasn’t specified what he’d actually cut yet.