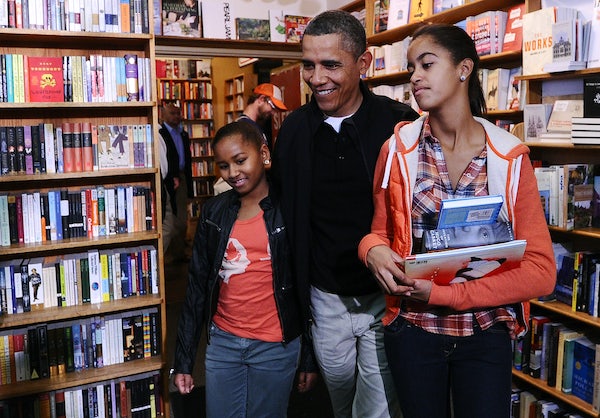 Both Barack and Michelle Obama’s favorite books of 2015 were complex portraits of marriage. Fates and Furies, told in two halves, tells the story of one marriage from the very different perspectives of the husband and the wife, while Michelle’s pick, The Light of the World by Elizabeth Alexander, is the Pulitzer Prize-winning poet’s memoir about the sudden loss of her husband. Obama’s pick is a popular one: Fates and Furies is currently leading The Wall Street Journal’s meta list of the best books of the year. Judging by her reaction on Twitter, Groff was pleased with the news:

Michelle’s favorite song of the year is one I hope I never hear again, Mark Ronson and Bruno Mars’s “Uptown Funk.” Barack preferred Kendrick Lamar’s infininitely superior “How Much a Dollar Cost,” from To Pimp a Butterfly, which was nominated for eleven Grammys on Monday.

The Martian, Ridley Scott’s ode to botany, was Barack Obama’s favorite movie, while Michelle preferred Inside Out, a movie about crying. On television, Barack was watching The Knick, which should be about Kristaps Porzingis but isn’t, while Michelle loved Black-ish.