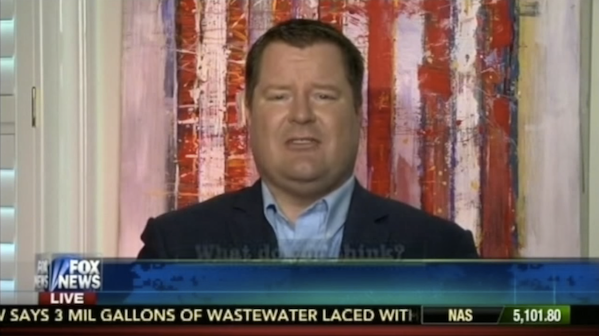 Erick Erickson’s own mom denies the family boycotted Asian food on the anniversary of Pearl Harbor.

Erickson, a conservative talk radio host, was taking a shot at political correctness, or whatever, when he tweeted last week, “Growing up, I remember my parents never letting us have Asian food on December 7th. They were children of WWII.” Many people noted that Japan attacked several Asian countries during World War II, so it’s like boycotting “European food” because of Nazis.

But according to his family, it’s also not true. “I’ve never heard that before,” Erickson’s mother, Kathleen Erickson, told Gawker’s Keenan Trotter. “Whatever you heard, I think that is completely your idea, I have never heard of that before. Somebody is making that up about my son.” She also noted, “As far as Asian food, we love Asian food. As far as the Japanese bombing Pearl Harbor, I’m very grateful that many of the Japanese people became Christian.”

Kathleen Erickson said she would pray for Trotter. Erick Erickson did not give Gawker a comment, but tweeted: