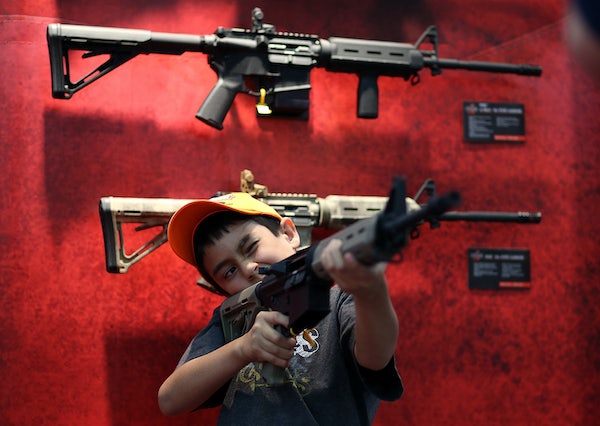 For the first time in 20 years, a majority of Americans oppose a ban on assault weapons.

Terrorism benefits both gun manufacturers, whose sales skyrocket after attacks, and, it seems, opponents of gun control. Even though the weapons used in the San Bernardino attack were acquired legally—the two assault weapons were purchased by a friend—that attack, along with the one in Paris in early November, appear to have had a profound influence on the polling. According to the Times, Americans are more afraid of terrorism than they have been at any point since the immediate aftermath of 9/11.