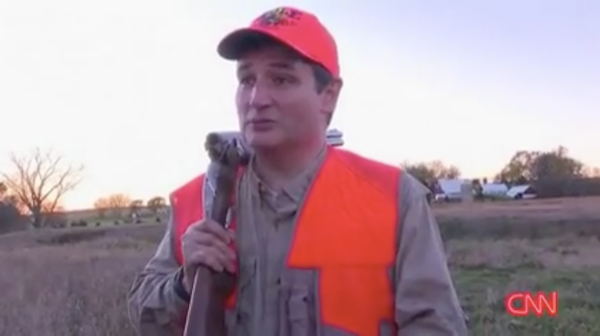 The Ted Cruz campaign built a voter “personality test,” so neurotic gun owners see ads with a robber breaking into a home.

The test, according to The Washington Post, is like a version of the Myers-Briggs personality test—you know, the one where a quiz labels you as one of 16 types of people, like an “ENTP” or an “ISFJ.” Vox recently described Myers-Briggs as based on “wholly unproven theories” and “totally meaningless.” But no matter. This is how Cruz is going to win the American presidency.

At Cruz HQ in Houston, statisticians and behavioral psychologists analyze data culled from Facebook likes, consumer data, a Cruz app, and issue surveys. Voters are categorized into personality types based on five traits: “openness, conscientiousness, extraversion, agreeableness, and neuroticism.” The way voters are targeted is based on the scores. So a volunteer knocking on the door of a “stoic traditionalist” Iowan is instructed to address her in a way that’s “confident and warm and straight to the point.” Pro-gun voters with high levels of “neuroticism” are thought to be fearful, so they’re targeted with ads about scary bad guys. (Pro-gun voters who show more “openness” get gun ads about family hunting trips.) There’s even a category called “true believers.” And so it seems the Cruz campaign and the liberals who mock it believe in a lot of the same stereotypes about his voters.