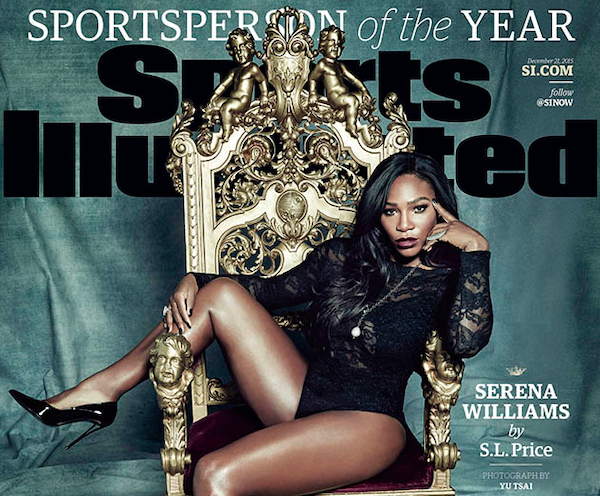 Sports Illustrated realizes it has forgotten to honor Serena Williams for years.

The magazine finally corrected the blunder and anointed her its “Sportsperson of the Year.” As ThinkProgress noted, she is the first solo female athlete to win the honor in more than three decades. She is also the first ever individual woman of color to adorn the magazine’s year-end cover since the Sportsperson of the Year was first issued in 1954.

At 34, the younger Williams sister dominated tennis in 2015. She won 53 of her 56 matches, three of the four Grand Slam titles, and at one point held the titles of all four major tournaments simultaneously. She has been ranked the number one player in the world on and off for the last 13 years, including her current streak that started in February 2013. The difference between her and the next closest challenger in the standings is the largest point gap in the history of the WTA. And her 21 career Slam titles is the third-most of all time, behind only Steffi Graf’s 22 and Margaret Court’s 24.