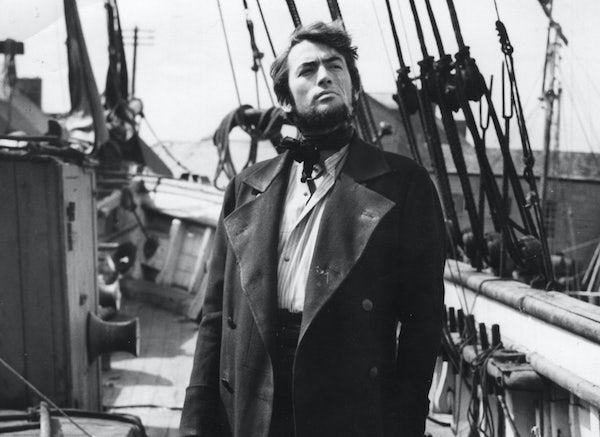 From Hell’s heart I separate thee! Hunting the hyphen in Moby-Dick.

As any smug copy editor will tell you, there’s a hyphen in the title of Herman Melville’s Moby-Dick, but no hyphen in the name of the whale itself. But why, you ask, surely this is insanity? The copy editor clicks his pen, once, twice. How dare you question him. You are nothing, the hyphen is everything.

When the book was published in England, Melville had titled his work simply as The Whale. But commercial considerations with the American publisher, Harpers, meant that the new edition needed a new angle. As described at Smithsonian magazine, and shared by The Paris Review:

In a historical note to a scholarly edition of the book, Melville scholar G. Thomas Tanselle writes that Melville’s brother, Allan, made a last-minute change to the title of the American edition. “[Melville] has determined upon a new title,” his brother wrote. “It is thought here that the new title will be a better selling title … Moby-Dick is a legitimate title for the book.”