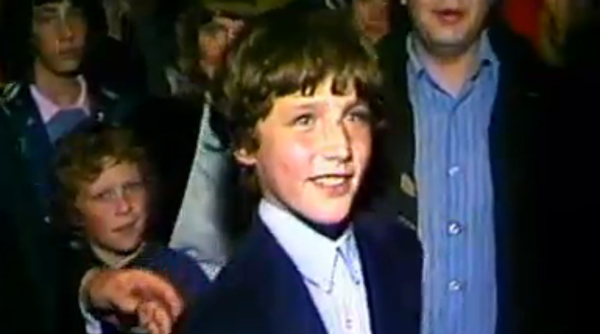 I take it back, the force is strong with Justin Trudeau.

The CBC recently released some footage from 1983 showing Trudeau enthusing over Return of the Jedi. “It was better than The Empire Strikes Back and Star Wars—at least I think so,” the young Trudeau said. Even though he was only eleven years old at the time, I couldn’t resist teasing him for valuing Jedi over the clearly superior Empire and Star Wars. “Justin Trudeau is completely wrong about Return of the Jedi,” I tweeted. “Can we impeach him?”

Trudeau replied, “When I was a child, I spoke as a child. Here’s my reconsideration,” and linked to a video showing him attending Comic-Con in Ottawa, where he wore a Superman T-shirt and eloquently spoke on behalf of the intellectual stimulation of science fiction.

In an interview with the Huffington Post, Trudeau said his favorite movie was Star Wars “in order 5, 4, 6, 2, 3. Too bad there was never a 1 made.” With Phantom Menace being, for Trudeau as for many fans, outside the canon, this is a reasonable ordering that few could disagree with. In an interview with Maclean’s magazine, Trudeau said the best gift he ever gave was the Millennium Falcon lego set, to his son Xavier “when he was too young so I got to build it.” Trudeau also added that his Achilles’ heel was “I geek out way too easily.” No kidding.