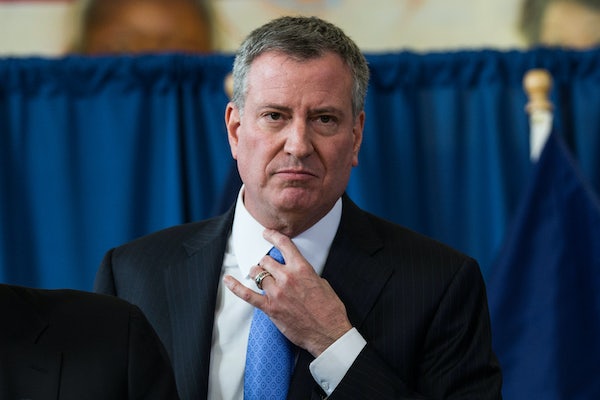 Bill de Blasio does not like Star Wars and that’s cool.

The mayor of New York has been accused of having a wooden touch when it comes to politics, spending an inordinate amount of his political capital on initiatives—banning the carriage horses at Central Park, going after Uber—that people mostly hate. He showed that same touch this week in revealing that he really couldn’t care less about the new Star Wars movie. “I respect Star Wars’ place in the American cultural firmament, but it’s never quite been my thing,” he said.

The easy thing to do—a no-brainer, really—would be to lie and say you like the thing that everyone likes. Why even fight the tide? Why create an unnecessary headline that makes you look like a wet towel?

But with politicians like Ted Cruz falling over themselves to embrace Star Wars to prove their everyman credentials, and with more Star Wars references sure to appear at tonight’s GOP debate, I say, good for you, Mr. Mayor. Way to stick by your principles, no matter how wrong and ultimately pointless they may be.