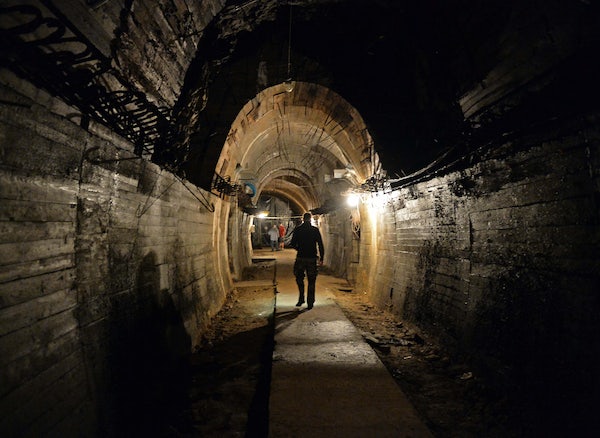 Scientists say there is no secret Nazi gold train in Poland, ruining two treasure hunters’ dreams of being Indiana Jones.

In August, Piotr Koper and Andreas Richter announced that they had “irrefutable proof” that a Nazi train full of gold was hidden in underground tunnels near the Polish town of Walbryzch. A team of scientists from a mining academy spent a month using magnetic field detectors and thermal imaging cameras to scan the site, but concluded that, while there may be a tunnel there, there’s no hidden train.

Of course, that’s exactly what they would say if there was a train that they wanted to keep hidden from Koper and Richter, who had asked for a 10 percent finders’ fee. The train—if it exists—is rumored to contain over 300 tons of gold, art, gems, and guns. Koper and Richter even claimed that the train could be hiding the missing Amber Room, an 18th-century room paneled in gold, mirrors, and amber that disappeared from a palace in St. Petersburg during the German occupation in World War II.

That Koper and Richter announced they had basically found an Amber Room-Nazi gold train turducken probably should have been a tip-off that they were grasping at straws. The first rule of conspiracy treasure-hunting is that you can’t get greedy: find the Amber Room or the Nazi gold train, not both. Leave something for the rest of us!