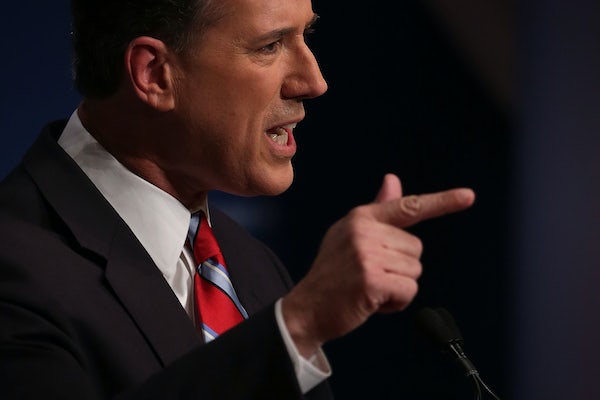 In tonight’s undercard debate, Santorum got off to a startling start by declaring that World War III had started. This is an old trope on the right. While Santorum sees the current struggle with ISIS as WWIII, he’s actually being tardy, since many on the right think that happened more than 70 years ago.

“The Third World War began in April 1944,” the formative conservative thinker James Burnham wrote in his 1947 book The Struggle For the World. Burnham thought that the Cold War was actually World War III and he advocated absolute victory, arguing that the United States should launch a pre-emptive nuclear attack on the Soviet Union. For many years, Burnham wrote a column titled “The Third World War” for National Review.

If the Cold War was WWIII then obviously the war against Islamic radicalism is something else. Hence the title of Norman Podhoretz’s 2007 book: World War IV: The Long Struggle Against Islamofascism.

But since ISIS is distinct from al Qaeda, maybe what we are fighting is World War Five? Given the long history of conservatives’ inflating threats, it’s hard to keep track of the numbering.