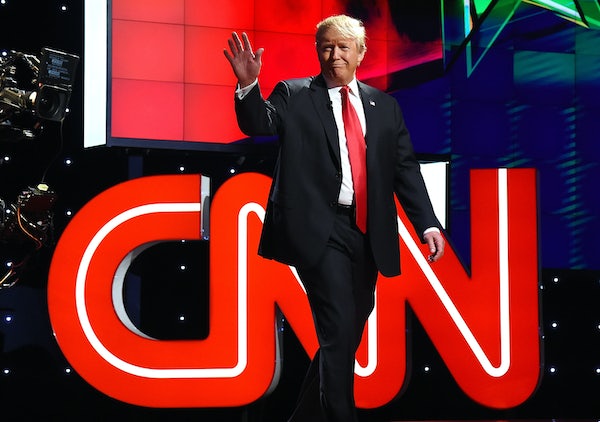 Donald Trump’s Jedi mind trick is his pledge to the Republican Party.

Trump ended the debate by ruling out a third-party bid and declaring he was “totally committed” to the GOP. This was taken in some quarters as iron-clad evidence that Trump has given up the idea of running as an independent, a nightmare scenario for the GOP that is second in its awfulness only to Trump actually winning the nomination.

But what if Trump, well, didn’t mean what he said? What if he tossed out that pledge merely to placate certain critics? What if he goes back to threatening that third-party run if he feels he isn’t “treated fairly”? Is this something that has not occurred to people? Are Trump’s dark powers of persuasion that strong?