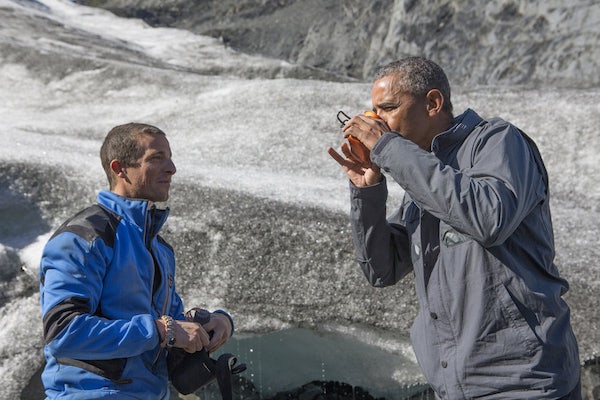 They’re are all celebrities who’ve appeared on Running Wild with Bear Grylls, the reality show airing its very special episode with the president at 10:00 pm. Unlike Tatum and Efron, though, Obama will be using the opportunity to promote a good cause—taking action against climate change.

Obama filmed the episode in early September, hiking through the Alaskan wilderness with Grylls and a Secret Service entourage. According to all reports, he did not drink any urine, his own or otherwise.