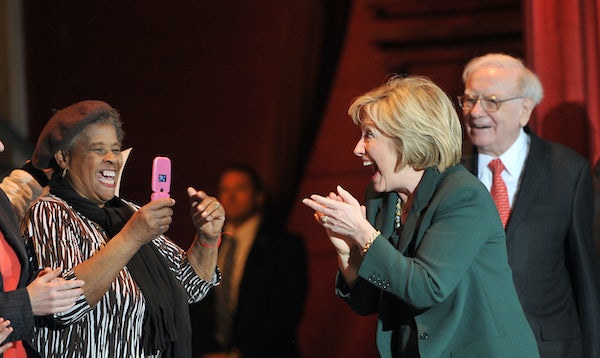 Clinton appeared on WGCV-AM’s radio show “U Need 2 Know” in South Carolina on Wednesday and happened to give the host Frank Knapp a nice exclusive. In a break from the Obama administration, she suggested that she opposed drilling off the Atlantic Coast. “I am very skeptical about the need or desire for us to pursue offshore drilling off the coast of South Carolina, and frankly off the coast of other Southeast states,” she said.

Well, that same day at an Iowa town hall, Clinton said, “I just told an interview I was in a phone interview with in South Carolina that I am not in favor of drilling off our coasts.” Clinton added this to the end of a response to a 350.org activist, who asked her whether she would reject campaign contributions from the fossil fuel industry. Clinton said she’d look into it.

The way she came out against offshore drilling resembles how she announced her position against Arctic drilling. Back in August, she suggested she was “skeptical” of the administration’s decision to approve Shell’s permit before coming out firmly against it.