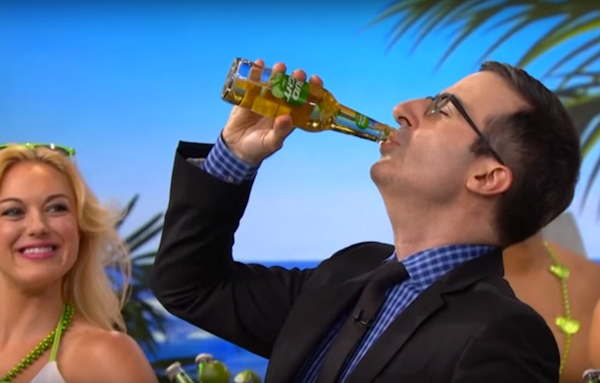 If, that is, you happen to live in Arizona and favor Four Peaks Brewing Co., which on Friday became the sixth microbrewery acquired by the beer behemoth (after Goose Island, Blue Point, 10 Barrel, Elysian, and Golden Road).

This is all part of AB InBev’s grand plans to purchase every craft brewery in America and turn their beers into swill that tastes like a lime Jolly Rancher fished out of Mickey Rourke’s mouth. This is not true (yet!), but as Matthew Giles notes in a New York article with the appropriately paranoid title “The End of Craft Beer”:

Maybe the quality of the beer itself won’t dip, but the consolidation of craft breweries nevertheless gives these large companies more leverage over their distribution deals, so a company like A-B InBev can force distributors to carry its beers — both Budweiser and craft options — exclusively.... (Antitrust regulators are right now investigating claims that A-B InBev is buying up distributors expressly to curb competition. At the very least, A-B InBev can afford to offer its “craft” products at a lower price than truly independent brewers.)

And if you can’t beat them, you join them. Tony Magee, the founder of California’s Lagunitas Brewing Company, relayed to Bloomberg Businessweek earlier this year that he was approached by an AB InBev executive and told him, “I would rather pull my eyes out.” His only objection, apparently, was the name of the suitor. Barely two months after that article was published, Magee sold a 50 percent stake of his company to another beer giant: Heineken.