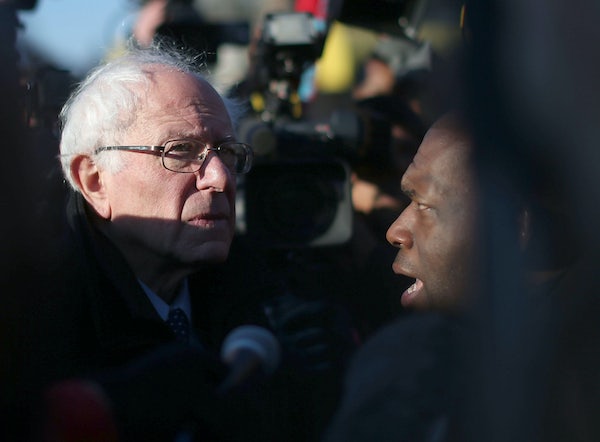 Bernie Sanders is in trouble for good reason.

The doubters were out in force this morning once the news of Democratic presidential candidate Bernie Sanders being barred from the party’s 50-state voter file until his campaign could explain their breach of confidential Hillary Clinton voter data and confirm they’d destroyed it all. Given that Sanders fired his digital director, wasn’t the penalty too harsh or altogether unnecessary? As both Sanders and fellow hopeful Martin O’Malley complained anew about the presidential debates being held on Saturdays (on the eve of another one), wasn’t this just another example of the party gaming the primary for the frontrunner Clinton?

The Sanders campaign went there, alleging that the Democrats are favoring Clinton and threatening legal action against the DNC. Alleging that the party is “actively undermining” its work in advance of the Iowa caucus and New Hampshire primary in February, Sanders campaign manager Jeff Weaver said on Friday that the suspension is “taking our campaign hostage,” adding the assertion that “we are running a clean campaign. We are going to beat Secretary Clinton. We don’t need dirty tricks.”

He may think that, but Bloomberg’s Jennifer Epstein reported this afternoon that, in fact, no conspiracy was afoot. Not only did Sanders staffers access the Clinton data, they saved it. Epstein adds that Sanders team members, plural, created 24 lists from that data during the breach.

It was already clear that the penalty, while harsh, made legal sense. Now, it appears that it was merited.

Update: The Sanders campaign has filed a lawsuit against the DNC, according to Epstein.