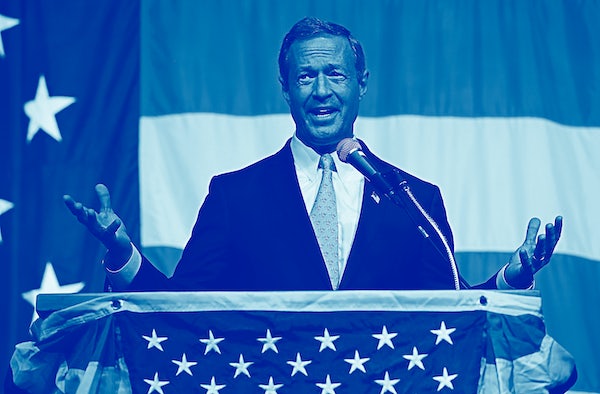 Martin O’Malley is clearly the third wheel at this debate.

Even though there were only three Democrats onstage Saturday night, O’Malley still struggled to get much speaking time. The moderators didn’t ask him a direct question for nearly the first half-hour. Which is understandable: O’Malley is polling at just 3.5 percent in New Hampshire, some 40 points behind both Hillary Clinton and Bernie Sanders.

But O’Malley didn’t wait for a question to come his way, and he interrupted whenever he had the chance.

When he finally got his first question, O’Malley went after both his opponents for their records on gun violence. It didn’t go over too well. Sanders responded, “Let’s calm down a little, Martin,” while Clinton added, “Let’s tell the truth here, Martin.”