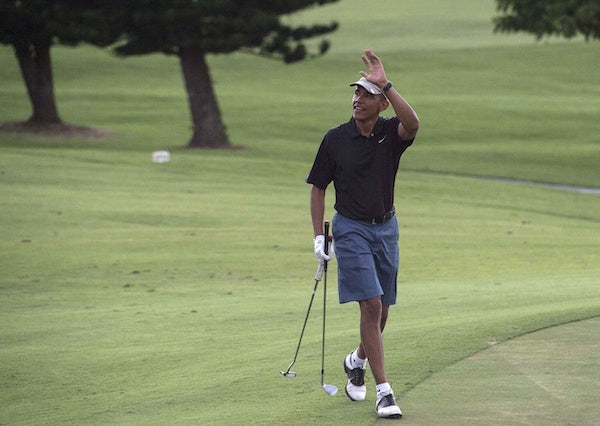 Obama played golf instead of watching the Democratic debate tonight.

The president is on vacation in Hawaii, and according to the White House pool report, he played “a leisurely round of golf” for four hours with three dudes. Clearly he was in no rush to catch Hillary vs. Bernie. Obama’s motorcade arrived in his Kailua neighborhood at 4:59 p.m. Hawaii time—as the debate in New Hampshire was about halfway over.

Can you blame him? The debate is taking place on a Saturday night, a few days before Christmas, and it started more than half an hour late so ABC News could force feed us some banal punditry. The first question was about a boring micro-scandal over a not-famous Sanders campaign staffer accessing but not downloading some Clinton campaign voter information. There have been intermissions for commentary but no Beyoncé halftime show. Even Donald Trump isn’t bothering to live-tweet this one.