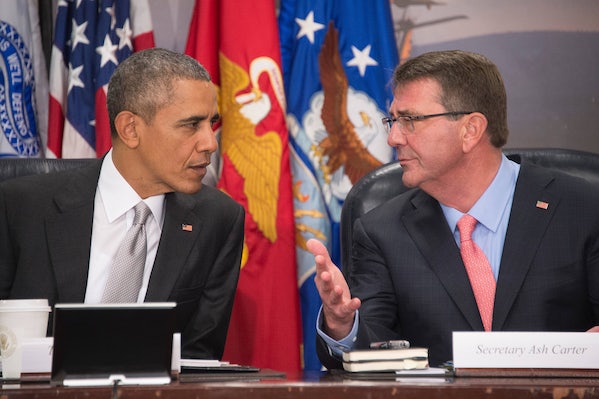 Among the culprits contributing to national unease about the risk of Islamic State terrorism, according to President Obama, is his own communication strategy.

“[W]e haven’t, you know, on a regular basis I think described all the work that we’ve been doing for more than a year now to defeat ISIL,” he told NPR.

Blaming the messaging strategy is a routine part of politics, but one that typically follows a clear policy failure or electoral defeat. Easier to blame the way you talk about things than the things you actually do or believe.

But with respect to preventing a relatively minor risk like terrorism from becoming a source of panic, it’s genuinely unclear what an effective messaging strategy—one that counteracts fear mongering and creates calm—would look like.

Last year Republicans used the remote threat of Ebola to fan national panic, though it affected a tiny number of people here.

Eventually the success of the Ebola-fighting strategy ended the panic, but unlike Ebola, jihad is transmitted ideologically. It can’t be wiped out like a virus or put out like a wildfire. It’s just a tiny background risk, like so many others, that we can minimize but not eliminate.

In that regard, the only plausibly effective messaging strategy would be to provide the public constant reminders that the risk is low and Republicans (who have a messaging apparatus of their own) are trying to exploit their fears. But that, too, would likely fail.