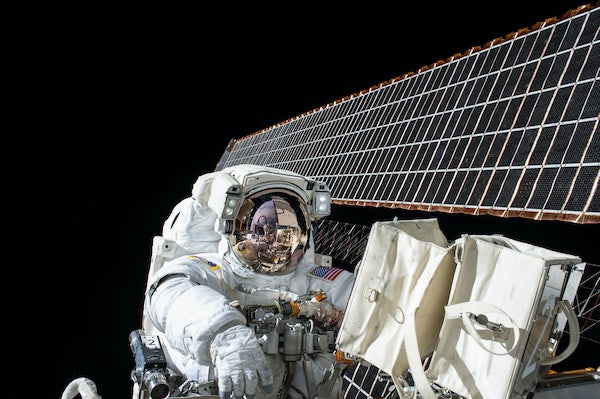 With all the Star Wars hype, it’s easy to forget real people are doing their actual jobs in space.

Today in a galaxy right here, two American astronauts are doing an unplanned space walk outside the International Space Station.

NASA astronauts Scott Kelly and Tim Kopra are spending over three hours outside the station to fix a stuck railcar, in preparation for a Russian cargo ship’s arrival later this week. You can watch a real live stream of the space walk:

The Obi-Wan to Kopra’s Luke Skywalker, Kelly is a seasoned astronaut, having logged over 15 hours of extravehicular activity in space. Kopra’s no nube, though: Even though he just arrived at the ISS last week, this will be his second space walk and second time at the station. May your actual skills be with you, astronauts.