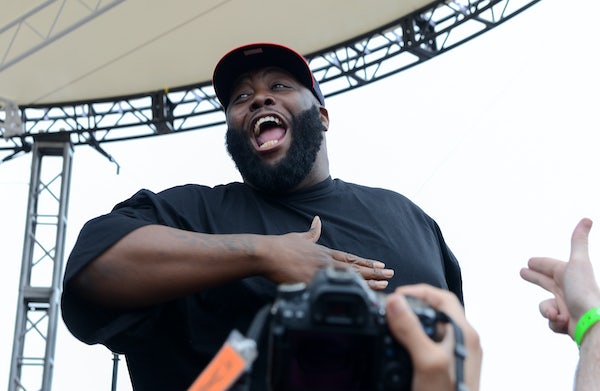 Killer Mike, T.I., and Big Boi were among a number of rappers who signed the brief, which was filed in support of a Mississippi high school student who was expelled after recording a song that drew attention to allegations of sexual misconduct and harassment against two of the school’s coaches. The student, Taylor Bell, was expelled after the lyrics were interpreted as threats against the coaches.

The brief argues that the Bell and rap music deserve protection under the first amendment. “The government punished a young man for his art—and, more disturbing, for the musical genre by which he chose to express himself... Following a long line of rappers before him,” the brief said, “Bell saw an opportunity to confront injustice.” The brief also points to Johnny Cash’s “Folsom City Blues” (“I shot a man in Reno / just to watch him die”) and Bob Marley’s “I Shot the Sheriff” (“I shot the sheriff”) as examples of other genres being given a level of protection not afforded to Bell, or other rappers. And Killer Mike’s own moniker is used to support the argument that fiction should be protected in rap music: “It probably is worth noting that he has never actually killed anyone.”

You can read the New Republic’s profile of Killer Mike here.