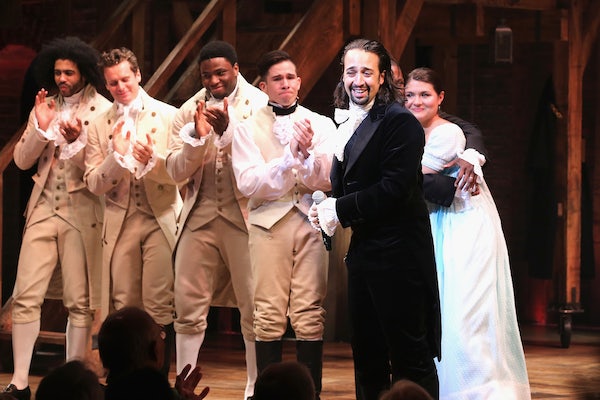 It’s been almost a year since Lin-Manuel Miranda’s smash hit musical Hamilton began in previews at the Public Theater in New York. Since then, the show has moved to Broadway, shattered box office records, performed before presidents and royalty, recorded a cast album that has landed on all kinds of Best of 2015 lists, and, according to Twitter, generated more than a million tweets.

Fans of the show know the hashtags well: #Ham4Ham spikes during the show’s frequent street performances outside its home in the Richard Rodgers Theater. #ParksAndHam mashed up the musical with Parks and Recreation. #Hamiltunes yields thousands of memes featuring lyrics.

For the uninitiated, Hamilton tells the story of the country’s first Treasury Secretary Alexander Hamilton, using hip-hop and rap battles instead of political speeches and cabinet meetings.

It helps that the musical’s target demographic—hip hop lovers tend to skew younger—matches up well with Twitter’s largest user base of 18-29 year olds.