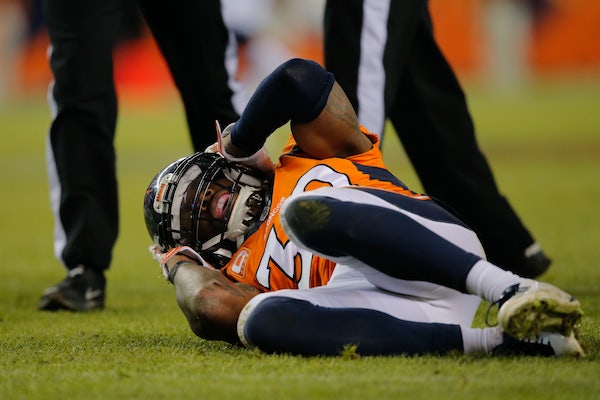 Report: The NFL just took away $16 million from CTE research.

According to ESPN’s Outside the Lines, the NFL is backing away from an “unrestricted gift” of $30 million to Boston University to research football’s effect on brain damage and hopefully discover a way to diagnose CTE in living players and ex-players—at the moment, the brain disease can only be discovered post-mortem. According to OTL, the NFL had “veto power over projects that it funds” and exercised it because they didn’t like the doctor leading the study:

Sources told Outside the Lines that the league exercised that power when it learned that Robert Stern, a professor of neurology and neurosurgery at Boston University, would be the project’s lead researcher. The league, sources said, raised concerns about Stern’s objectivity, despite an exhaustive vetting process that included a “scientific merit review” and a separate evaluation by a dozen high-level experts assembled by the NIH.

And why is the NFL concerned about Stern’s objectivity? Because he’s been critical of the way that the NFL treats its players. After the NFL paid a $765 million settlement to ex-players, Stern told the Associated Press it was a lousy deal: “Boston University researcher Robert Stern said that many of the 76 deceased NFL players found to have the brain decay known as CTE would not have qualified for awards had they lived. Some never developed the dementia, Alzheimer’s and other neurological problems covered in the minimum $765-million settlement. ‘That’s what started the whole discussion (of NFL concussions) and it’s not compensated.’”

The $30 million commitment was a way for the NFL to publicly show that it really does care the health and safety of its players. But if the OTL report is true, this looks like more of the same—the NFL choosing to protect its brand instead of its players. For its part, the league is denying throwing its weight around. Earlier today, NFL spokesman Brian McCarthy tweeted “ESPN story is not accurate. NFL did not pull any funding. NIH makes its own decisions.”