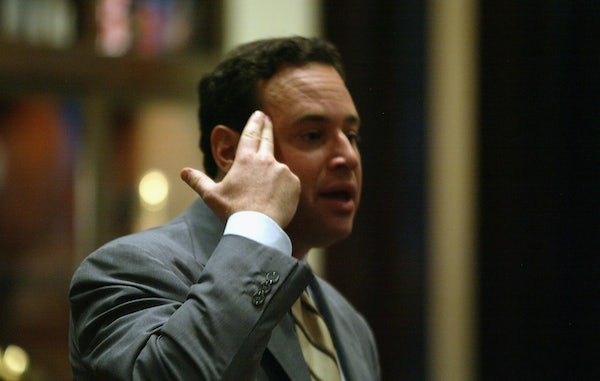 David Frum’s latest article for The Atlantic is the most clear-eyed analysis any conservative has written about his own political movement’s discontent. Thanks to an unusual mix of wish fulfillment, a genuinely staggering political advantage at the state and congressional level, and a belief that they’re one Benghazi email away from winning the presidency by fluke, Republican assessments of Republican political maladies are often wanting. This one, for the most part, is not.

Where it does fall short is in its unwillingness to confront the question of why enlarging the GOP electorate by reaching the voters Donald Trump is now reaching requires espousing the nasty bigotry Trump is now espousing. Frum strains to avoid using the “r” word, which requires engaging in tortured but familiar apologetics, like so: “What set them apart from other Republicans was their economic insecurity and the intensity of their economic nationalism.”

This is also frequently rendered as “anxiety” about various lurking threats. Low-skilled labor, homeland security, national debt. It is possible to imagine all these white voters became disaffected for character weaknesses unrelated to race. But Occam’s razor suggests there’s quite a bit of racism in the mix. It’s why Trumpism is an indispensable part of the Trump phenomenon. And if the party was genuinely committed to racial equality, acknowledging this would make the question of where they should go from here easier to answer.