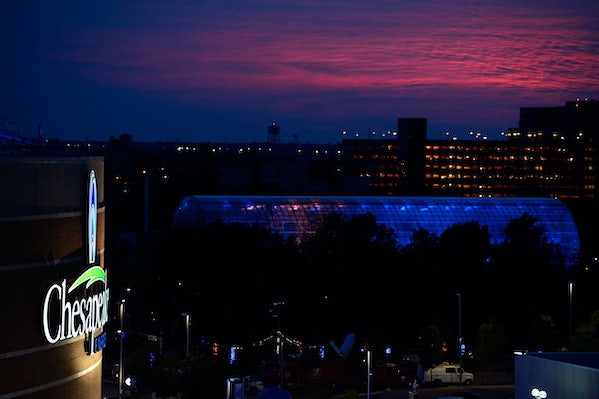 We woke up this morning to a man-made earthquake.

Registering at 4.3 on the Richter scale, it struck at 5:39 a.m. Central, about 16 miles from Oklahoma City, knocking out power for 4,400 households in Edmond, where my wife’s sister and her family live. The state has experienced more than 850 earthquakes of 3.0-magnitude or higher so far in 2015, easily breaking 2014’s record of 585. In 2008, there were two earthquakes of similar strength.

Today’s temblors followed a week of abnormal weather. There was a string of balmy days that created tornado conditions months out of season, prompting a thin computer-generated voice to come over the car radio to warn of possible death and destruction. Then the temperature dropped abruptly, a prelude to ice and snow, part of a broader storm system that has brought tornadoes, flash floods, and blizzards across the Midwest and the South.

In November, Chesapeake Energy—the fracking pioneer that has changed the face of OKC, introducing a sprawling campus, Whole Foods, and NBA basketball to the city in flusher times—announced that it would skip its annual Christmas display on Northwest 63rd and Western, which traditionally features rows of stately trees festooned in garish blinking lights. The company said the money would go to charity instead, but the rumors are that Chesapeake couldn’t afford the display amidst a plunge in global energy prices caused by a glut of supply. In September, the company laid off 740 employees, including 562 from Oklahoma City.