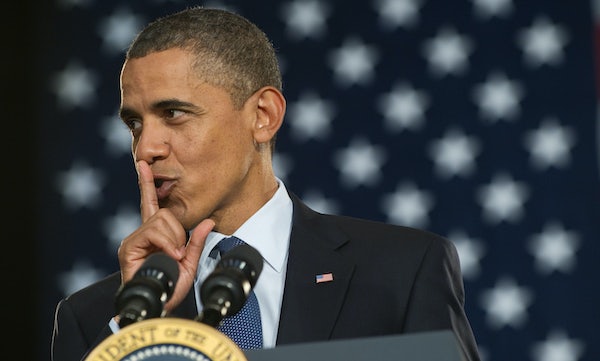 Don’t tell anybody, but most Americans like the way that Obama is handling the economy.

That’s according to a new CNN/ORC poll, which found that 52% of respondents approve of the way that Obama is handling the economy—it’s only the second time since 2009 that a majority of Americans has felt this way. And it reflects the tentative, but growing optimism that the public has about the economy overall.  “Overall, 49% say the economy is in good shape, 51% doing poorly. But more, 56%, say they expect things to be in good shape a year from now,” CNN explains.

In reality, the president has far less of an impact on the economy than voters (and politicians) generally think. But economic conditions have an outsized role in determining electoral outcomes, which is why Democrats are hoping that things continue apace.