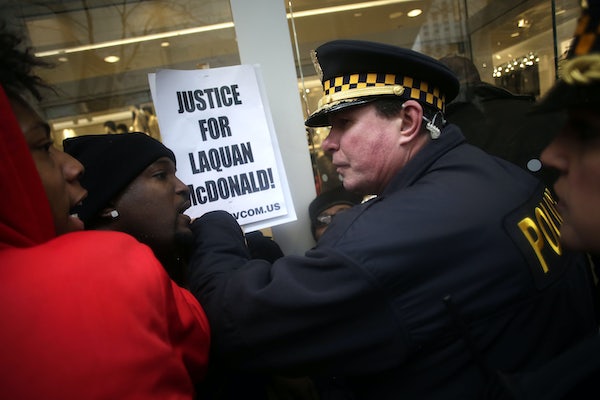 Van Dyke was charged with McDoanld’s October 2014 murder when dashcam footage revealed the officer’s account of the incident did not match the recording. While Van Dyke had claimed that he shot at McDonald, who was carrying a knife while walking away from police, because he feared for his life, the dashcam revealed Van Dyke was on the scene less than thirty seconds before he began firing his weapon at the fleeing teenager.

Today’s not guilty plea comes after Van Dyke was indicted on six counts of first degree murder and one count of professional conduct related to McDonald’s killing in late November of this year.