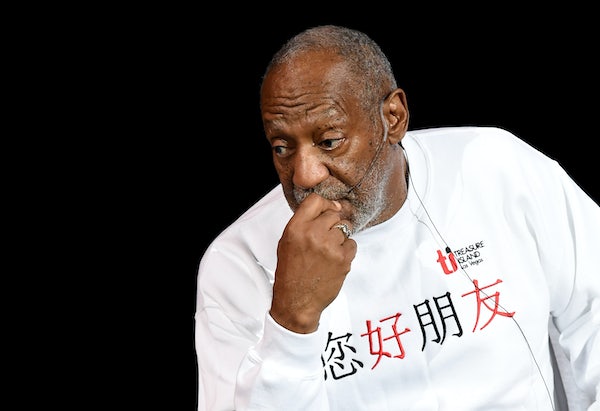 Report: An arrest warrant has been issued for Bill Cosby for an alleged 2004 sexual assault.

People reports that authorities in Pennsylvania issued the warrant for the alleged drugging and sexual assault of “former Temple employee Andrea Constand at his Elkins Park, Pennsylvania, mansion in January 2004.” According to Constand, Cosby mentored her after she took a job as operations manager of Temple University’s women’s basketball team; the two attended parties and events together and spoke regularly. Just over a year after they met, Cosby invited Constand to his home, where Constand says he gave her pills to “relax,” which caused her to pass out, and sexually assaulted her.

Over 50 women have accused Cosby of sexual assault, but in most cases the statute of limitations had expired—this will be the first time Cosby has been brought to trial for sexual assault. The statute of limitations in this case was set to expire next month. Pennsylvania authorities initially declined to press charges against Cosby in this case, which led Constand to file a civil suit against the comedian. According to People, “Cosby settled the lawsuit with a confidentiality agreement, which Constand is trying to undo, in late 2006.”