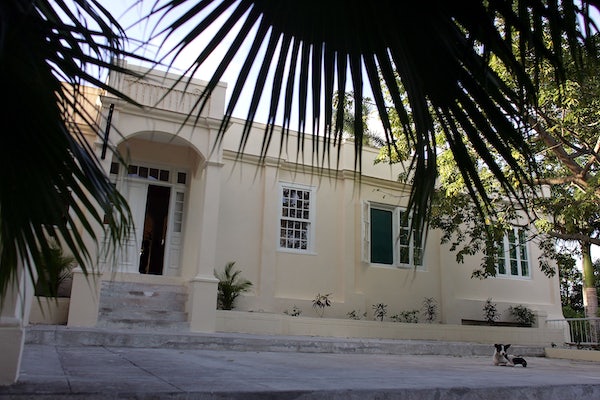 The This Old House host and thinking man’s “Tim ‘The Tool Man’ Allen” has been working with a Boston-based foundation to restore hundreds of Hemingway’s papers and books for the past several years. According to NPR, it’s Vila’s personal connection to Cuba, rather than to Hemingway, that’s inspired the work: “I’m American-born Cuban. My Havana-born parents emigrated during the latter part of World War II, and I was born in Miami, raised there and partially in Havana up until the revolution in 1959.”

Vila’s story about first entering the dilapidated garage where Hemingway’s belongings were stored is astonishing and romantic:

[Cuban authorities] didn’t want me to go in there. But I finally convinced them, and we opened these doors and turned on a spare light bulb that’s in there. And I’ve always compared it to what it must have been like to find Tutankhamen’s tomb. Because in the dim light, I just saw a row of all his African hunting trophies, boxes upon boxes of books, and I look to the left, and there’s his typewriter.

Vila hopes that the home, already something of a symbolic bridge between American and Cuban culture, can bring the two peoples closer together: “Generally speaking, everything that you see there, he meant to leave there, so that it could become a center for learning, a center for understanding more about his literature, and part of a cultural bridge between our United States culture and the Cuban culture.”