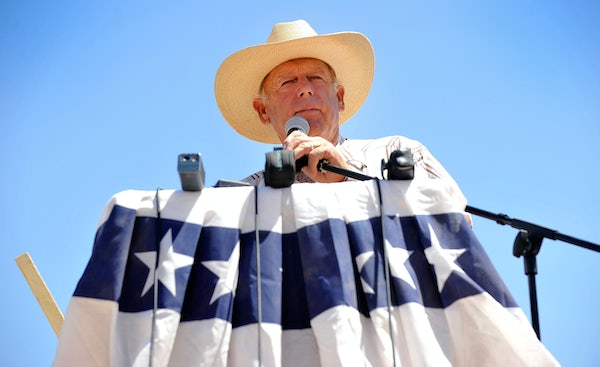 The Bundys are back.

An armed group reportedly led by Ammon Bundy has seized a federally controlled building in Oregon’s Malheur National Wildlife Refuge, in protest of the government prosecuting two ranchers, Dwight Hammond and Steven Hammond, for setting fires on federal land. Bundy told CNN that the group is occupying the building to restore “people’s constitutional rights.” His brother Ryan told a reporter that they are “willing to kill and be killed if necessary.”

Ammon and Ryan are the sons of Cliven Bundy, who rose to notoriety in 2014 for an armed standoff with the government over a dispute stemming from illegal cattle grazing on federal land in Nevada. Bundy’s cause was embraced by several conservative politicians as a proper response to government overreach, including a few who are now running for president, like Ted Cruz and Ben Carson.

The Oregonian reports that the FBI is in charge of the situation at Malheur because the refuge is government property, but that “so far law enforcement agencies have not approached the refuge or blocked access to the territory.”