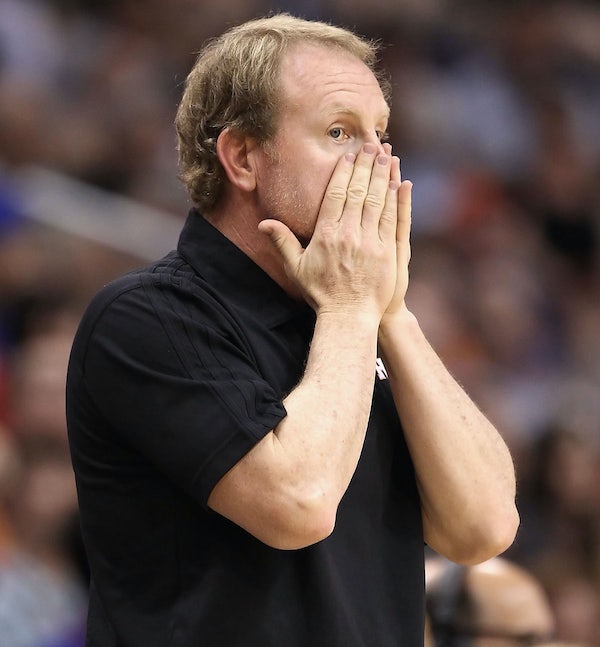 The owner of the Phoenix Suns thinks his team is bad because millennials are bad.

There are two narratives about what has happened to the Suns since they won 48 games in the 2013-14 season. One is that they’ve stayed in “win now” mode, chasing talented players (and settling for savvy vets), and jettisoning quirky assets who didn’t fit that vision for picks and cap space. It may not be working, but the reasoning is strong.

The other is that they’re in shambles internally: Goran Dragic demanded a trade, Isiah Thomas and Marcus Morris have badmouthed the franchise since being traded, and the relationship between Marcus’s talented twin Markieff and the franchise was demolished when Marcus was dealt.

But who does the team’s owner, Robert Sarver, blame for all this strife? Those darn millennials:

“I’m not sure it’s just the NBA. My whole view of the millennial culture is that they have a tough time dealing with setbacks, and Markieff Morris is the perfect example. He had a setback with his brother in the offseason and he can’t seem to recover from it.

“I’m not sure if it’s the technology or the instant gratification of being online. But the other thing is, I’m not a fan of social media. I tell my kids it’s like Fantasy Land. The only thing people put online are good things that happen to them, or things they make up. And it creates unrealistic expectations.”