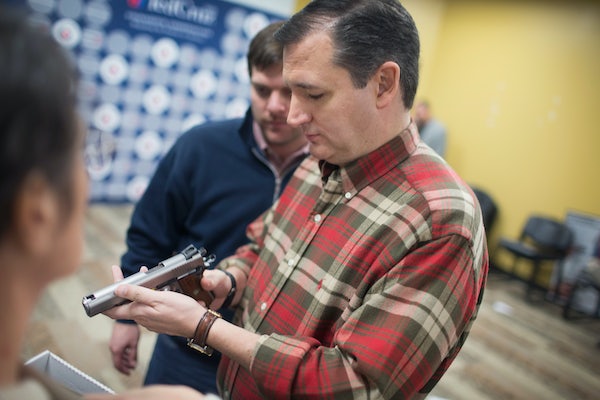 Republicans are furious at President Obama for giving them what they asked for to curb gun violence.

Even before the full details of Obama’s executive actions on gun violence came out on Tuesday, Republican leaders in Congress and the 2016 presidential field condemned him. Yet tucked into Obama’s plan for strengthening gun sales reporting, sharing interstate records, and accelerating background check data is precisely what they have long demanded: A focus on mental health.

Obama has asked Congress for $500 million “to help engage individuals with serious mental illness in care, improve access to care by increasing service capacity and the behavioral health workforce, and ensure that behavioral health care systems work for everyone,” per a White House fact sheet.

Republicans have pledged to do everything in their power to block Obama’s plans. The presidential candidates, including Ted Cruz and Donald Trump, have promised to unsign the executive actions. “Of course it’s an overreach,” Chris Christie said. House Speaker Paul Ryan released a statement saying “the president is at minimum subverting the legislative branch, and potentially overturning its will.”

Just this weekend on CBS, Trump asked for more of a focus on mental health. “We have a tremendous mental health problem,” on gun violence, but didn’t think guns themselves were the problem.

The National Rifle Association is hardly bothered by the details of Obama’s plan.