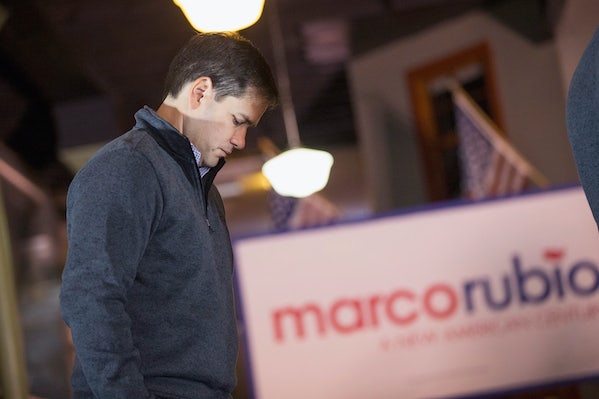 Perhaps one reason why establishment Republican politicians are faring worse than Donald Trump in the primaries is because they show little evidence that they actually enjoy politics. This is painfully evident in Jeb Bush’s awkwardness on the stump, but also in Mario Rubio’s unwillingness to perform basic senatorial duties. According to Politico reporter Shane Goldmacher, Rubio responded to a query about missing Senate votes by saying, “We’re not going to fix America with senators and congressmen.” Being a senator is one of the most powerful political jobs in America. If Rubio feels that the Senate isn’t fulfilling his sense of purpose, he might want to look into other professions—maybe teaching or medicine.