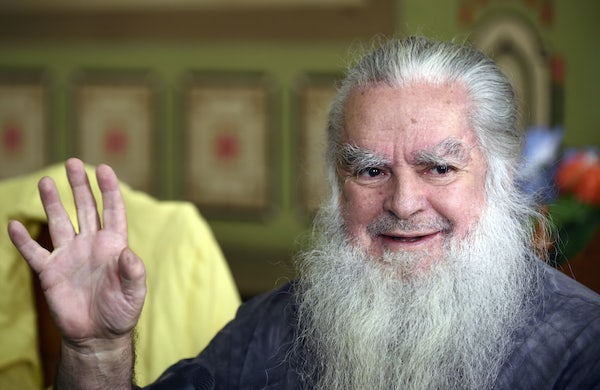 A warlock in Mexico has predicted that Donald Trump will not be the 45th president of America.

BuzzFeed’s Nicolás Medina Mora reported that Antonio Vazquez—known across the country as “The Great Warlock of Mexico”—appeared on the popular Univision show El Gordo y la Flaca to make his predictions about the political events of the next year. On Trump, the wizard was emphatic as he consulted his deck of cards, the cornerstone of his mysterious Art:

“Two triangles of spades!” the great warlock exclaimed as he flipped through his cards. “The man has countless problems. And see, here is the devil himself! He will never become candidate for the Republican Party. And there’s more! I’m certain that in December, Trump will fall into a nervous crisis and will probably have to be sent to a psychiatric hospital.”

Vazquez also predicted the death of Joaquin “El Chapo” Guzmán, the notorious gangster who’s escaped from prison many times. The wizard has been wrong before, it’s true, but I believe him. How could you doubt that beard?