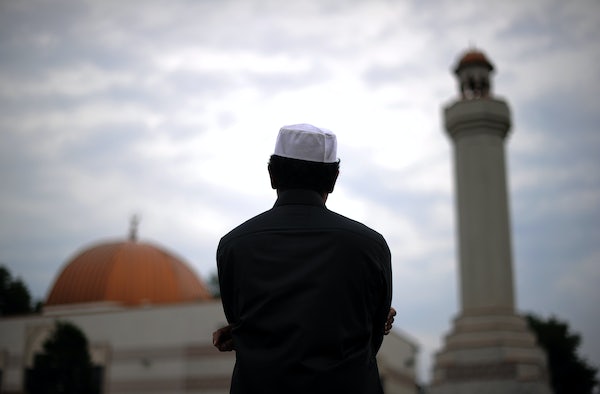 Muslims are on track to become America’s second-largest religious group before 2040.

That’s according to a new analysis from the Pew Research Center, which estimates that Muslims will outrank Jews before 2040 as the biggest religious group in the U.S. after Christians. That said, the absolute size of the population will remain relatively small: Muslims are currently about 1 percent of the U.S. population, and that’s expected to double to 2.1 percent by 2050, while the Jewish population is expected to shrink from 1.8 percent to 1.4 percent within the same period of time.

Pew figures that about half of the Muslim population growth will be because of immigration. The other half is due to a “natural increase,” as Pew puts it: “American Muslims tend to have more children than Americans of other religious faiths. Muslims also tend to be younger than the general public, so a larger share of Muslims will soon be at the point in their lives when people begin having children.” (There won’t be much of a net change because of conversion, since “as many Americans become Muslim as leave Islam,” Pew adds.)