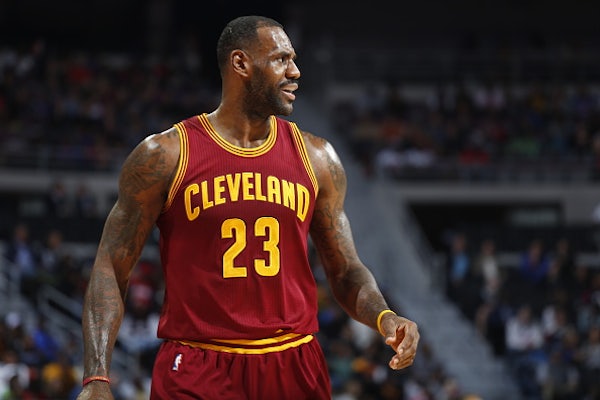 Tamir Rice’s mother wants LeBron James to speak out about her son.

Since the recent grand jury decision not to charge the two cops involved in the 12-year-old’s shooting death, we’ve heard a lot about the Cleveland Cavaliers superstar’s response to being pressured to sit out NBA games in protest. The #NoJusticeNoLeBron campaign, originated by activist Tariq Toure, called upon James to “marshal [his] fellow players in a collective sit out”on the MLK holiday this month.

Now, Tamir’s mother has added her voice to the conversation.

“I think it’s quite sad that LeBron hasn’t spoken out about my son,” Samaria Rice told NewsOne on Wednesday. “I’m not asking him to sit out a game. I know his kids got to eat too, but you can at least put on a shirt or something.”

I made a similar argument last weekend on MSNBC’s Melissa Harris-Perry, preferring some on-court demonstration to James sitting out (and not because I’m a lifelong Cavaliers fan). There is direct precedent here for James protesting police brutality. He and several other NBA players wore “I Can’t Breathe” t-shirts after Eric Garner’s killer, also a cop, wasn’t indicted. Doing nothing when the same happens to a child in his own city doesn’t look good, especially since as The Nation’s Dave Zirin wrote, “he has asked for this weight, even demanded it.” James doesn’t owe anyone his protest, but Rice isn’t asking for much here.