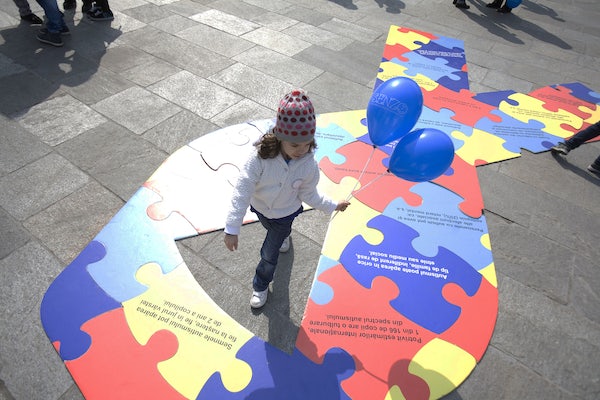 There was a time when a diagnosis of autism meant a lifetime of exclusion: special schooling, separation from peers, useless and often painful therapies, with few prospects for a fully engaged life in one’s community. Now, little by little, those old prejudices seem to be flaking away.

A BBC report today observed that, over the last few years, businesses have begun reaching out to autism advocacy and support groups to recruit autistic employees. Referring to an expanding pilot program begun by consulting firm Towers Watson, the report found that:

Like Towers Watson, more employers are seeing the potential benefits of hiring autistic individuals, especially for jobs that require the ability to concentrate on long, repetitive tasks, retention of large amounts of information, a knack for detecting patterns, or strong mathematics and coding skills.

People with autism often have skills that make them especially effective with certain tasks, though it’s important (as the BBC’s article acknowledges) to recognize that people with autism are individuals with different personalities and preferences. Still, the special aptitude for certain types of work that comes along with some forms of autism has also caught the attention of the Israeli army, which has developed a special unit for recruits with autism, and economists interested in the possibilities of a more comfortably “neuro-diverse” future.