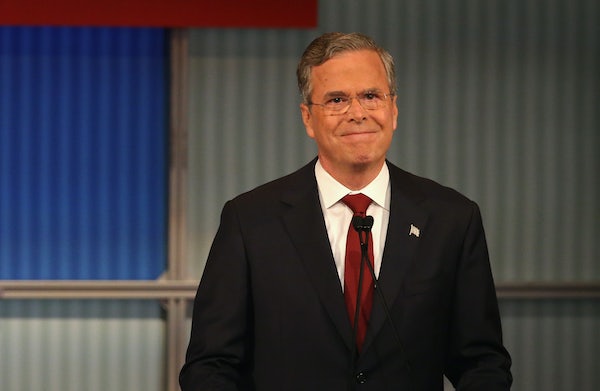 Jeb Bush has reached a new level of unpopularity.

These are very bad numbers, the worst of any major GOP candidate. John Kasich, according to the same poll, holds up at +5. Ted Cruz is on top, with polling from the last two weeks placing his net favorability at +45.

Gallup notes, however, that while Bush is the least popular candidate among Republican respondents, Donald Trump actually has the lowest net favorability among a cross-party sampling of Americans: -26 for Trump, -13 for Bush.