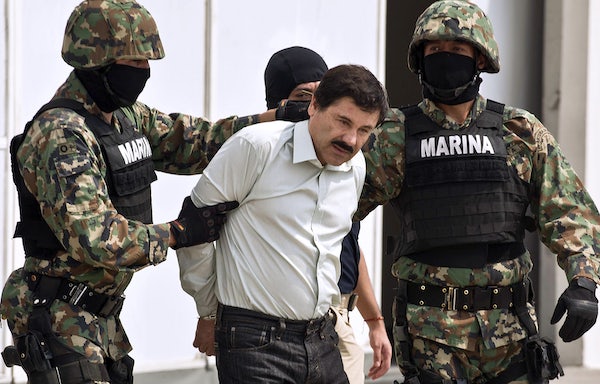 Guzmán, the boss of the Sinaloa cartel, escaped prison in July through a mile-long tunnel connected to his shower. As The New Yorker’s Patrick Radden Keefe, who wrote a gripping account of Guzman’s 2014 capture (see photo above), explained at the time:

That this escape involved a tunnel is shocking but not surprising. Chapo, famously, has a thing for tunnels: he invented the narco tunnel, decades ago, and his cartel has dug hundreds of these passages under the U.S.-Mexico border to transport drugs. When Mexican marines raided the Culiacan safe house where he was holed up last February, Guzmán narrowly escaped by plunging into a secret tunnel that was hidden beneath a bathtub.

How will Guzmán escape next time? Through a tunnel under his toilet, naturally.