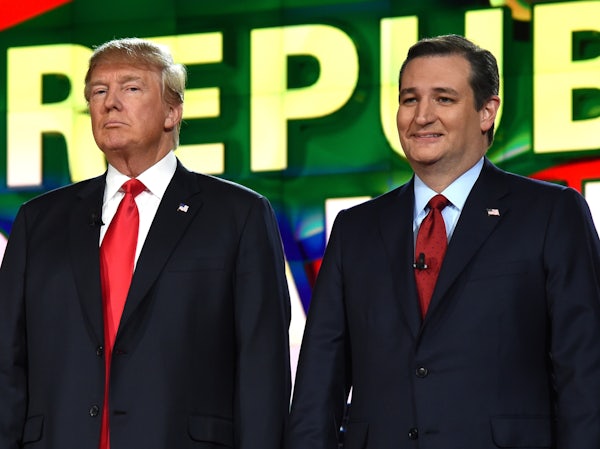 The Republican Party is running the first X-rated presidential primary in American history.

Not to be undone by Donald Trump’s memorable “schlong” comment, Ted Cruz has continued the trend of turning the Republican primary into a smut fest. Asked about Hillary Clinton’s alleged lying over Benghazi, Cruz offered an unwelcome window into how he thinks about Clinton and women. “You know I’ll tell you, in my house, if my daughter Catherine, the five-year-old, says something she knows to be false, she gets a spanking,” Cruz told a voter. “Well, in America, the voters have a way of administering a spanking.”

Cruz’s remarks are cringe-making on a number of fronts. Spanking is a controversial practice, which most experts discourage. Comparing a former senator and secretary of state to a little child is highly insulting. And to combine that insult with a call that Clinton deserves a spanking is to fuse paternalism with misogyny. With Hillary Clinton as the likely Democratic nominee and Republican politicians unable to keep their feet out of their mouths, we can expect more of this sort of gendered insult in the remainder of the year.