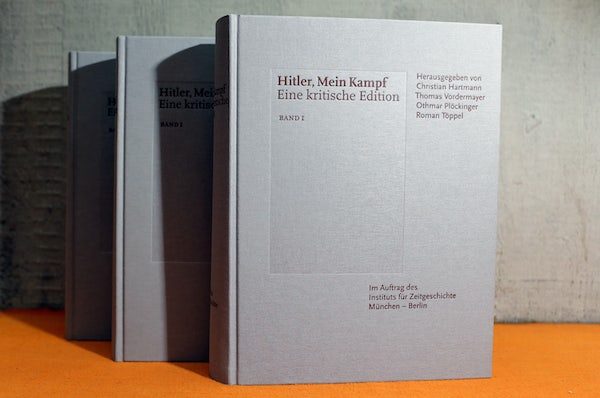 Mein Kampf is a bestseller in Germany again.

The book (by Hitler) was published in Germany for the first time in 70 years after it entered the public domain on January 1, 2016.  The German state of Bavaria had held the copyright for the past 70 years, but refused to publish it because it was Mein Kampf and because Hitler wrote it.

Just over a week after its publication, the newest edition of Mein Kampf—a 2,000-page, two-volume academic edition with 3,500 annotations that costs €59—has already sold out its first printing.  According to the Telegraph, Munich’s Institute for Contemporary History printed just 4,000 copies but received over 15,000 orders. And one copy has been put up for sale on Ebay for €9,999 (no one has bought it because it’s Mein Kampf).

I’ve reached out to the Institute for Contemporary History to see if it is planning a second edition.